The monumental blue & white Greek flag that dominates Kassos island was made with the support of Vechro!

A national Greek flag with dimensions 40x26 meters was created with the iniative of the citizens of Kassos island. The flag was painted on the slope of the island and seems to stand out by the air and by the sea. This huge flag decorates the Maritsa area of Kassos and it is part of the celebrations for 200 years of the national uprising. The Greek paints industry, Vechro, sponsored this project as a tribute to the sacrificies of our "akrites".

This national importance action were completed with the team effort of municipal authority of Kassos, the Army, and many volunteers among others. 450liters white paint and 400liters blue paint were used in order for the flag to be created. The "Greek Blue" is a color shade known worldwide and it has the power to declare the territorial integrity of the Greek remote areas.

For Vechro, projects of such national imprint are of high importance because #PaintHasThePower, color is our voice and Vechro is the ultimate synonym of the power of color! 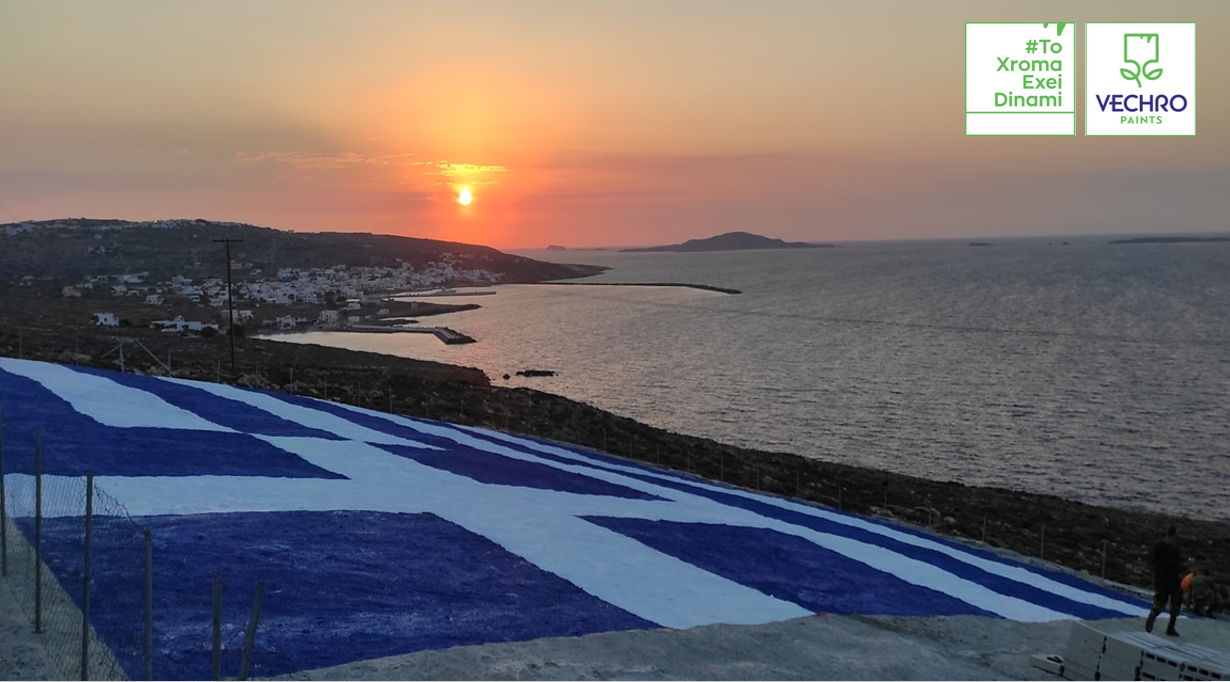 It is of high significance for similar actions to take place in the mainland and remote islands of Greek coast. Actions that declare the power of white&blue greek flag along with the strong presence of our "akrites" send messages full of power to the Greeks in every corner of the earth.

Vechro, as a proud sponsor and supporter of projects that fill the earth with color invites all Greek people to beautify their cities. 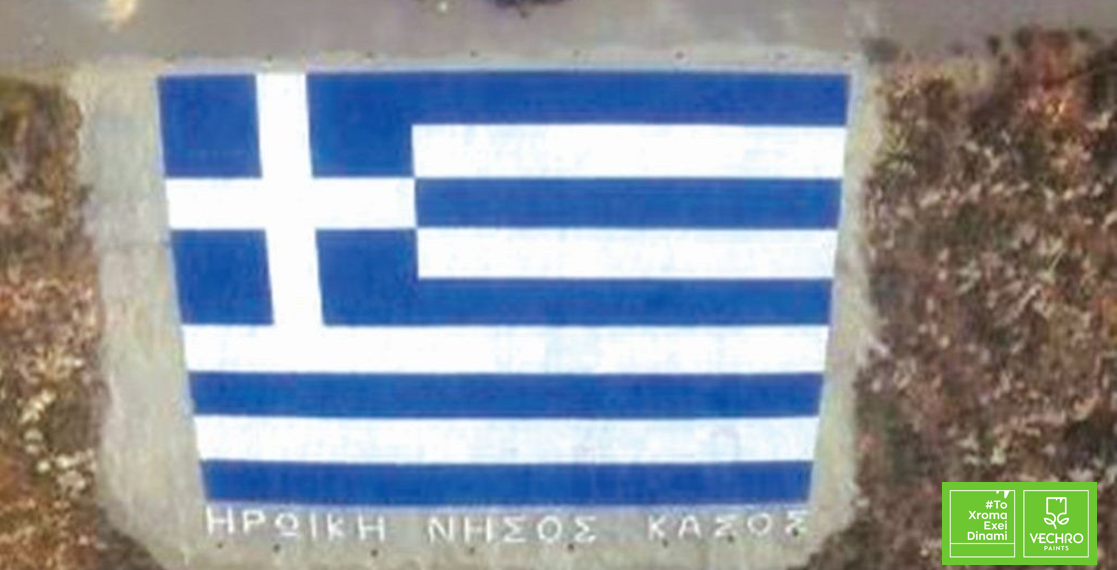